So I better finish up my review of Anime Festival:

Although I wasn’t interested in most of the celebrity guest panels A. K. Wirru had a cosplay workshop, which I of course had to attend. While I couldn’t stay for all of it because of a maid cafe booking, it was still worth it. One of the major tips I remember is when working on a cosplay do your props (if you’re making them yourself) and other things that need painting first. This is actually the opposite to how I work since I take the view that props are optional (plus most of my cosplays haven’t needed props). I should probably follow through on this advice especially since I’m planning on working as much as I can on my future cosplays during my uni break in February.

Although I didn’t get to see the National Cosplay Championships I did get to see the Cosplay Parade. Like always it was amazing to see the range of skills, ages, groups, solos and even the cosplays that were just pure fun to see brought to life. 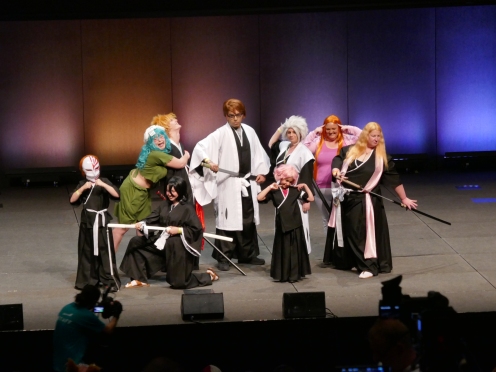 I really wish I could have gone Sunday as well, but I had rehearsals for my play ‘A Gathering for Hardy’. In the end the play actually turned out really well, however I still wanted to do more than one show.

As well as going to Anime Festival and ‘A Gathering For Hardy’ I’ve also had uni work to do. It’s an interesting unit that I’m doing called: ‘Creativity and dangerous ideas’. This unit often relates back to my interest in acting and cosplay as we analyse creativity and how/why it may be considered dangerous. In class we look at three different areas: the creative process, person, product and place. Personally I think creativity often involves a different way of looking at things, a way of making connections others may not. Creativity becomes dangerous when it sparks controversy or it is literally physically dangerous to someone.

Cosplay is a good example of something that’s creative and controversial (at times). How much skin should or shouldn’t be shown at conventions in particular is one issue in cosplay explored in the above video. I really enjoyed reading people’s opinions when I asked for your thoughts on this on my Facebook. It’s an issue, along with weapons, cosplayers and convention staff should consider. In my personal experience of conventions in Melbourne I haven’t heard of any major controversies like the one above nor have I heard many cosplayers complaining about rules at conventions. Most conventions have a weapons policy, however I don’t think conventions usually have a minimal coverage policy (if that’s what you want to call it). That may be because there is enough faith in the cosplay community to keep conventions family friendly.

Apart from uni the other reason I’ve been busy is getting ready for and having Christmas. I was even hoping to do a Christmas cosplay photo shoot, but things didn’t work out. Instead I just took some selfies of me in my Loki cosplay wearing a Santa hat. 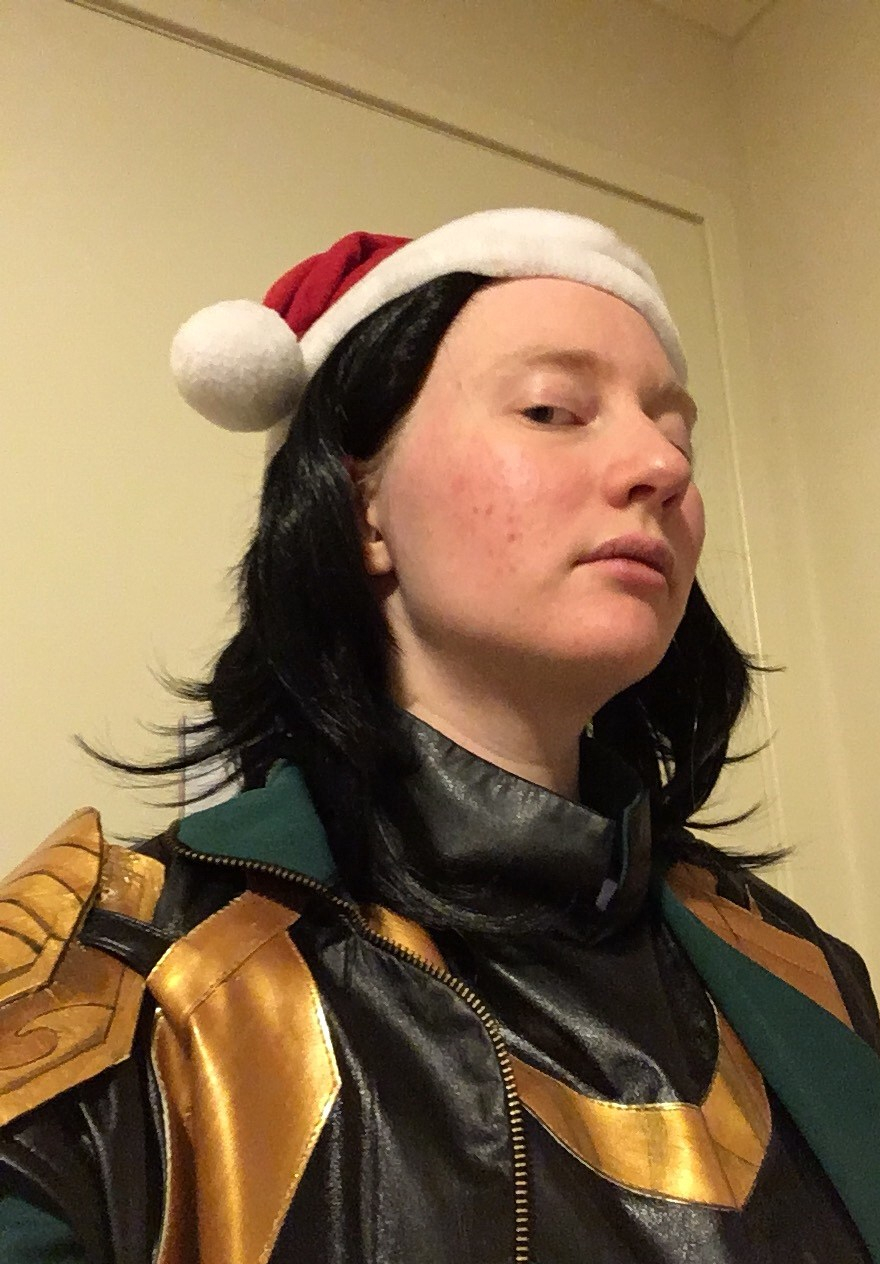 Anyway I hope you all had a happy Christmas 🙂